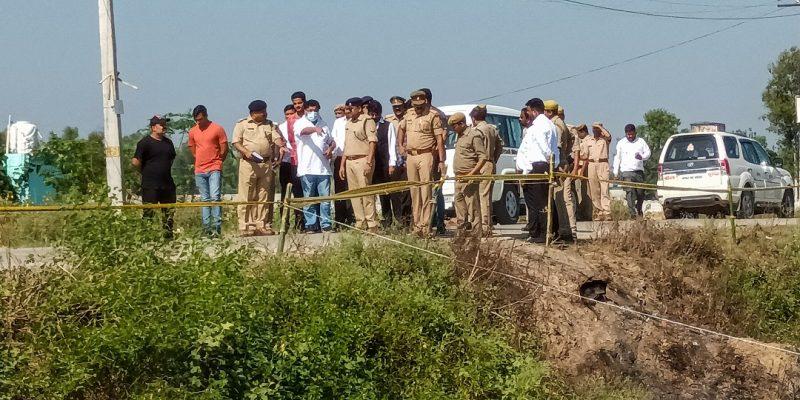 The accused in Uttar Pradesh’s Lakhimpur Kheri incident were at large roaming scot-free because they wielded the thunderbolt of police power through political clout, Shiv Kumar Tripathi, a lawyer, submitted in an application before the Supreme Court on 8 November. Tripathi had earlier submitted an application in the Supreme Court as well, as a result of which the apex court began monitoring the case. The prime accused in the case is Ashish Mishra, the son of Ajay Mishra Teni, a minister of state for home affairs in Narendra Modi’s cabinet. Days after the minister gave a speech threatening those protesting the 2020 farm laws, a convoy with his son allegedly mowed down protesting farmers in Lakhimpur Kheri. While the first-information report in the case said that the incident was a result of a "planned conspiracy" by both Teni and his son, it only named Ashish as an accused. In his 8 November submission to the Supreme Court, Tripathi wrote that Teni—who he described as the "main accused/culprit”—deserved to be subjected to legal action for his “complicity in the said murder."

Tripathi said that the probe would not be “impartial” if Teni continued to be a minister. He was not the only one who believed this. Many opposition leaders from different parties have questioned Teni’s continuation in the office and asked the prime minister to remove him. Even the parliament has seen protests demanding the same. But even three months after the incident, Modi has kept mum. His silence on Teni continues even after the withdrawal of the farm laws that primarily underpinned the plot for the 3 October farmers’ protest at Lakhimpur Kheri.

It is the sphere of influence that comes with Teni’s ministerial post that raises concerns about the probe in the case. Government press releases and posts on social media since the carnage itself demonstrate that as a minister, Teni has easy access to anyone from state police chiefs and the union home secretary, to intelligence officers. In fact, Teni’s chair demands subordination from officials who have the power to investigate the incident. This in itself may not be enough to say if he has misused his chair to pivot the investigation in his favour, but it certainly casts a doubt on the integrity of the probe. Apart from this, the ruling party’s state and union leadership, aided by a pliant media, appears to be tilting the narrative around the incident in Teni’s favour, brazenly   mischaracterising the protesting farmers and the facts of the case.