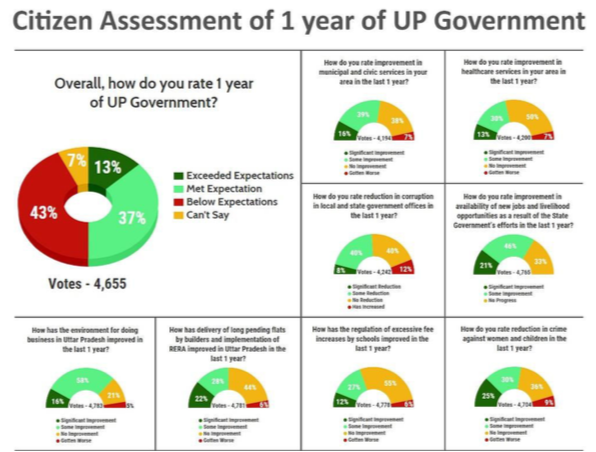 The Yogi of Yesterday or the Bhogi of Tomorrow?

Yogi 2.0 revives trillion-dollar economy dream for UP – the BOOM

To hit this target, UP’s growth would need to increase four-fold in the next 5 years, considering the govt's advance estimates of GSDP for 2021-22 stand at $254 billion. Yet with Yogi helming the mast, the situation has spiraled into a nightmare.

While the process to appoint a consultant was first initiated in June 2020 under Yogi Adityanath’s first government, the appointment could not be completed, and the period since then witnessed the process of issuance of RFP, its revision, floating of bids, their amendment, and subsequent cancellation. There were concerns that the 2020-2025 timeline to make

UP a trillion-dollar economy may be revised too. Earlier too, an RFP was issued by the UP government in the previous regime. They have now come out in with a new proposal and revised the timeline to 2022- 2027. By economic estimates, more than 30 per cent growth per annum in nominal terms to achieve the target, which effectively means tripling the current standard of living for the state, growing at rates more than the Shanghai Stock exchange and the Nasdaq. The cycle kicks in, as people hinge their hopes on a Yogi with no credible vision to put money where his mouth is. People who choose the wrong side of history are

binding themselves to a hollow dream.

In December last year, Samajwadi Party chief Akhilesh Yadav claimed that Uttar Pradesh’s economy is worsening instead of improving. Making the assertion in a statement, Yadav, however, did not elaborate on what basis he had claimed that the UP economy has gone into a tailspin. "The Prime Minister shows the dream of making the country a USD 5 trillion economy but no concrete step has been taken for it," he said. "The so-called 'upyogi' (useful) chief minister too had been beating drums earlier of making UP a USD 1 trillion economy. Now, he does not talk about it even indirectly. Statistics suggest that instead of moving ahead, UP is moving back," Yadav said.