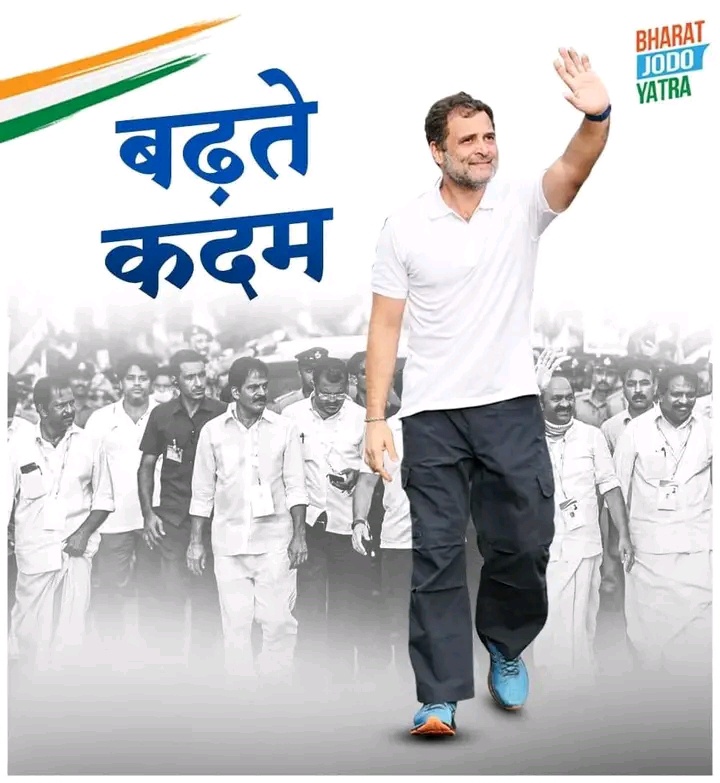 Inflation and unemployment at the centre stage of discussion, Impact of #BharatJodoYatra

The current anger of BJP officials and Godi media clearly shows the success of Bharat Jodo Yatra in bringing inflation and unemployment to the forefront of public discourse. The present government has utterly failed to keep inflation under control. There is a widening divide between the rich and the poor due to faulty strategies of the Modi administration. Everyone in the country, even women and children, is afraid of the nation's tainted communal environment. The voice of the Media has been muted. Institutions like CBI, ED, IT, police department, civil services, justice systems are being bulldozed. The current government only know the policy of divide and rule, adopted by the Britishers and loot the country for growth of their Empire.

We have to stand together for our future generations and restore the peaceful environment to provide them a future full of opportunity. The goal of the Bharat Jodo Yatra is to restore unity in diversity. It is for Justice, Unity, Integrity, and Fraternity. To rescue the nation from the chains of hatred and repair the harm done by the BJP-RSS.

With each step of the Bharat Jodo Yatra, Indian is getting closer to growth, progress, and a peaceful nation. During this Yatra, Yatris are meeting new peoples and experiencing new cultures, attire, and languages. Don't miss the chance to march from Kanyakumari to Kashmir.

This is just the beginning.

If you have the same vision for India, Let's walk together towards the India of our dreams, Join the nation building movement!