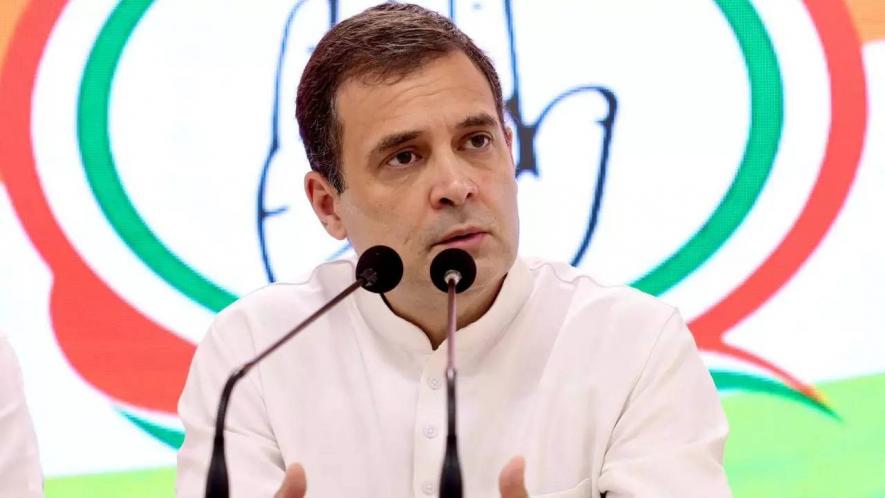 Congress leader Rahul Gandhi on Wednesday alleged that dictatorship prevails in the country with farmers being systematically attacked and politicians not allowed to visit Uttar Pradesh to meet families hit by the violence in Lakhimpur Kheri.

Addressing a press conference, Gandhi said he along with two Congress Chief Ministers -- Bhupesh Baghel (Chhattisgarh) and Charanjit Singh Channi (Punjab) -- will try to visit Lakhimpur Kheri to meet the families hit by the violence.

Taking a dig at Prime Minister Narendra Modi, Gandhi said that on Tuesday, the PM was in Lucknow but he could not go to Lakhimpur Kheri, where eight people have died in violence.

Asked about the detention of Priyanka Gandhi Vadra and the treatment meted out to her, he said it is not about her but this is an issue about farmers. 'As far as Priyanka is concerned, she has been held. But this issue is about farmers,' he said.

'For some time now, the farmers are being attacked by the government. Farmers are being mowed down by a jeep, they are being murdered, the name of a BJP home minister and his son is coming up, but no action is being taken,' Gandhi said.