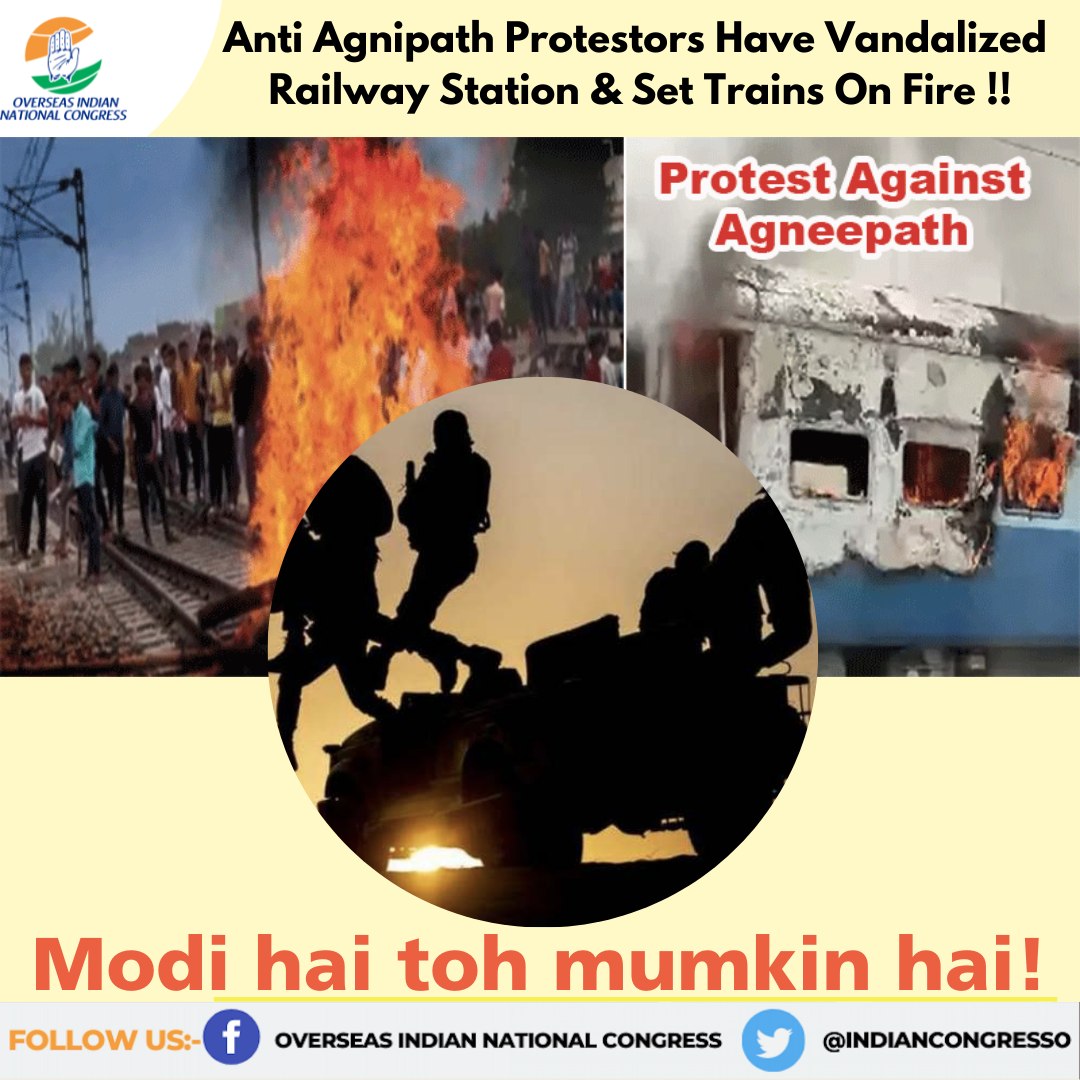 The BJP led Government has launched a new recruitment scheme 'Agnipath' for youths to join the Indian armed services on a four-year short-term contract and the candidates recruited under this programme will be referred to as Agniveers.

While the programme has yet to be implemented, it has serious flaws, and there have been widespread protests against this new model for army recruitment.

According to the government, the Agneepath Scheme would offer candidates work for just four years, after which only 25% of them will be kept and the remaining 75% will be forced to quit the position. Furthermore, the selected candidates will be recruited only for non-commissioned ranks and there will be no pension for these candidates, but after four years the Agniveers will receive 12 lakhs, mainly deducted from their own salary on a monthly basis.

Army aspirants and their parents are upset and are protesting this new enrolling paradigm due to lack of job stability and pension benefits. They are concerned because there is no job stability, as they will be unemployed again after four years of service, and no basic benefits will be provided to the candidate, as in other government jobs.

While understanding the scheme, many retired army personnel are worried about the loss of experienced soldiers as the Agniveers joining the Army, Navy, and Air Force will receive only six months of training and they will exit after four years leaving gaps in the military.

Undoubtedly, India has a large number of unemployed youths, and the plan will attract those who are desperate for work and also Agniveers are likely to lose enthusiasm at work as a result of their fears of being jobless after four years.