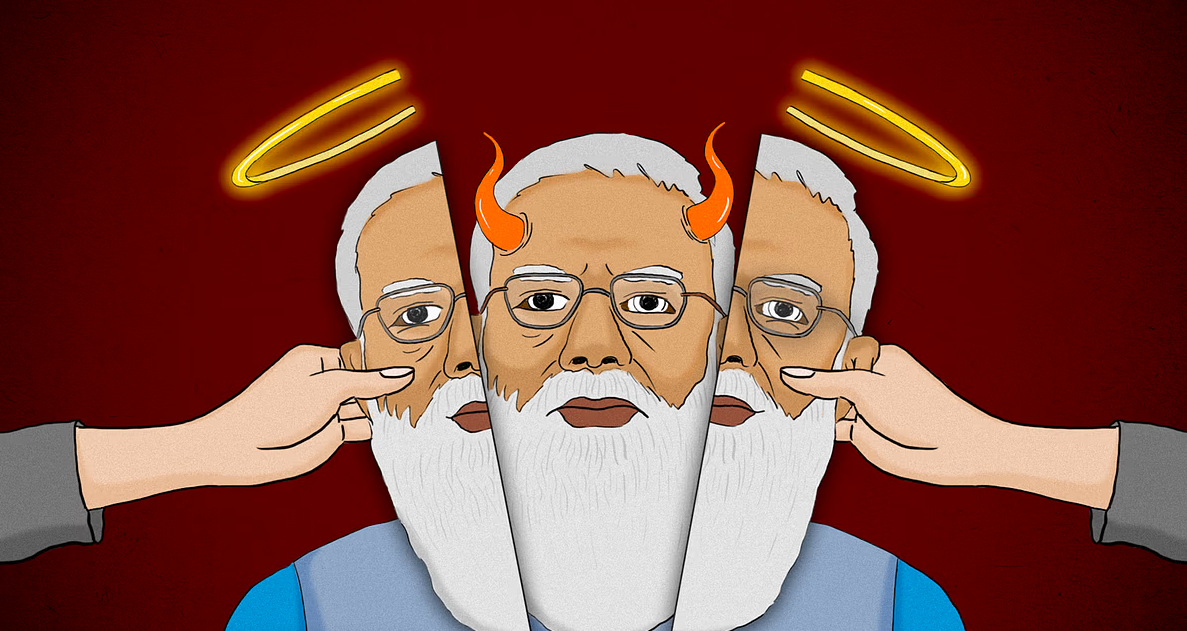 When Modi first came to power in 2014, he surprised many by showing a keen interest in international relations. His frequent foreign trips were a source of political risk. But Modi had a narrative answer: the BJP, RSS and WhatsApp let everyone know that Modi was ‘raising India’s stature on the world stage’. We were told that the world had no respect for India before Modi arrived on the scene.

As soon as Modi became prime minister in 2014, we realised that we had chosen a marketing manager as our PM. He came up with slogans, acronyms, buzzwords, all the time. Everything was a campaign. Make in India, Swachh Bharat, Yoga Day, Digital India, Startup India, Standup India, Skill India and whatnot. Around 2015, a foreign diplomat in Delhi told me they were having an easy time dealing with the new government. “Whatever we want from India, we just have to find a way of fitting it into one of the Modi government’s campaigns. Put this in Digital India, put that in Startup India. And Indian diplomats and bureaucrats lap it up,” she said.

Foreign powers know what Modi wants the most: feeding his personality cult. Modi has presented this as a strength to his voters, but it is in fact a weakness. Like a vain person you could please with a few compliments, Modi is easy for foreign powers. China has just shown that.

China fed Modi’s ego by giving him the photo-ops he wanted: in Ahmedabad, in Wuhan, in Mamallapuram. Modi and Xi Jinping have met 18 times since 2014 and the PM has visited China on five occasions. China used Modi’s narcissism to lull him into complacence, and then stabbed us in the back when we were at our weakest–in the middle of a pandemic and an economic downturn. China made Modi give up the maxim ‘trust, but verify’.